Welcome back to Midnight Surprise, your space for new music.

I’m trying something a little new this week. Because I review music weekly, I don’t have time to study and really read into grander elements of the music until after I’ve already written about it. That deep connection with music is what I want though. . . My solution? Set up a template for each song review that requires me to dig deeper into the music while also learning more about the artist.

I feel good about this sticking as a regular part of this blog.

Big Softy is a self-assigned moniker given to the narrator, who I assume is Hannah Joy. Everything that happens here is from her perspective.

The song hits on the funky relationship between being prepared and being ready. Big Softy has her “moves all in a row,” but fails to “score.” The chorus echoes on this notion:

There’s a beautiful bit of imagery in the second verse:

I count to ten to usher in a miracle day
Big softy smoking out back in the alley way
The weeks are Escher’s stairs, don’t know where they begin
‘Cause it’s been such a long time and I’m drowning in circles

“The weeks are Escher’s stairs, don’t know where they begin”

The way the dreaminess of the guitar hook meshes with Hannah Joy’s vocals. It really is a beautifully crafted indie rock song.

SPEEDBOAT is about the need for everyone to appreciate and protect what you have. And with the ode to XXXTENTACION, it’s also a reminder to love your family that isn’t around anymore.

“Didn’t go to college for a free throw (swish)” —using “swish” as the ad lib is just so good.

The piano, which actually makes this Denzel Curry banger, dare I say, beautiful.

3. Who You Are – Mannequin Pussy

Not atypical to most punk bands, the lyrics aren’t particularly dense. They’re certainly meaningful, but metaphors and symbolism are not why one listens to Mannequin Pussy.

This song is about empowerment. It’s a sturdy f*** you to anyone who doesn’t appreciate you. And by the end of the song, it appears that this message is aimed for a friend whose feelings of inferiority and doubt originate from one of society’s most studied relationships: the parent-child relationship:

Oh, who taught you to hate the way you are?

“I felt the earth move in your eyes”

At 1:26, when they go full-turbo. The highlight during this section is Kaleen Reading. Those drums really kick ass. This is her at fifteen shredding Edgar Winter’s Frankenstein. 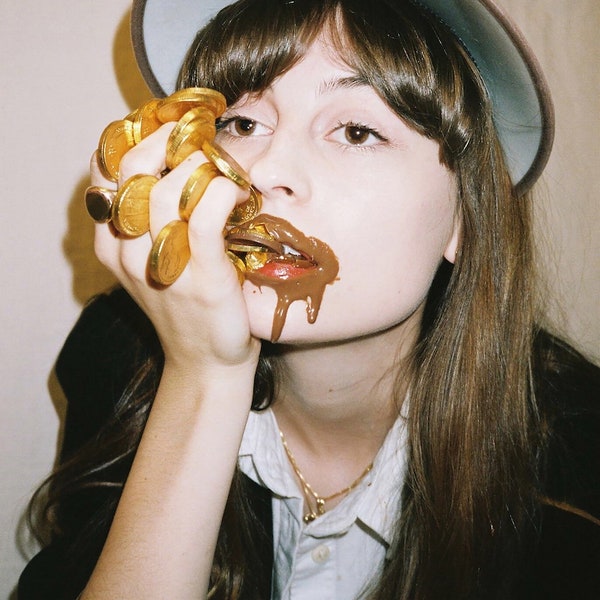 Kingston is a love song. I am usually pretty skeptical about love songs. It’s rare that you ever get anything new from love songs that haven’t already been said a thousand different ways. But there is one bit here that really sticks out from a lyrical standpoint:

These opening lines of the song really set the tone. This is a strong love she’s feeling, one that she isn’t even sure is real. She dreams about this person and feels a need to write everything down so it doesn’t go away. This song is a result of that feeling.

“The day that I met you I started dreaming”

The instrumentation has an American feel, with the steel guitar and horns and careful drumming. Webster’s vocal delivery goes so nicely with it.

Man, there is a lot to unpack here. First, we gotta understand what this song is. It’s the last of a trilogy of Black Balloons tracks to be released. But to complete the metaphor, it is meant to be played second.

It all centers around the black balloon and what that means. To Curry, it’s this haunting entity that represents depression. If it pops, it means everything dies. Being able to live with it lingering, floating around, is what Curry deals with every day.

‘Til then, I kick that funky shit until my casket closed

Denzel Curry’s versatility. He never uses one inflection or one flow in a song. This song is crazy and meaningful and gorgeous and Denzel is the dynamo that makes it work.

Calm Down aka I Should Not Be Alone – Ezra Furman